In 1974 when i was a wee babe, my parent broke out of Detroit and settled in Michigan’s Upper Peninsula (UP). We lived outside for a summer in a makeshift camp of tents while they built a cabin using field stones and cedar shakes, hand-split by my father. I was “as brown as a berry” and the neighbors called me “the little Indian baby.” 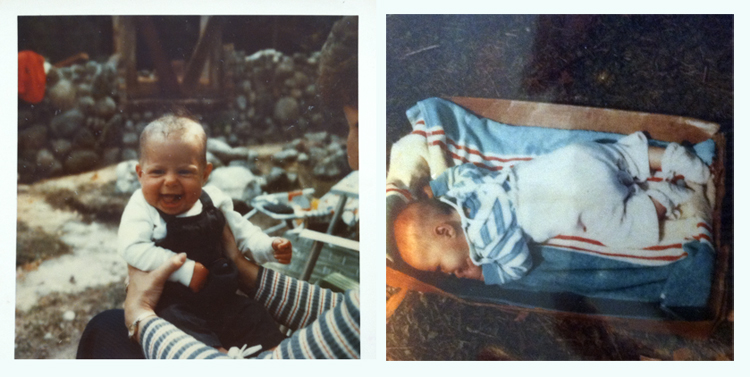 Eventually the cabin was finished and it was small but big enough for the three of us. (That’s me, toddling around in my awkward fitting jeans and playing telephone with Grandma.) Eventually we moved to “town”, selling the little cabin. 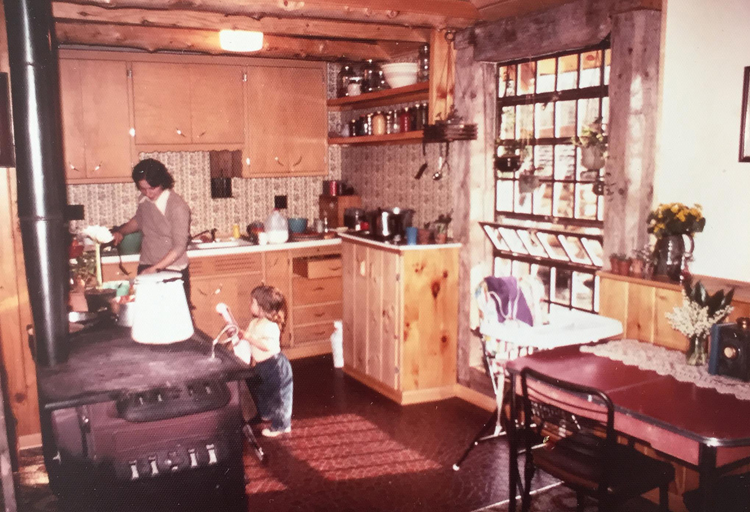 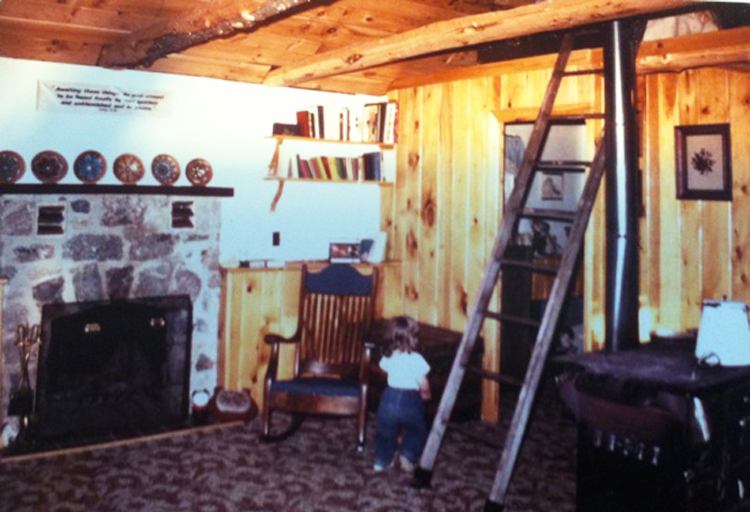 But when you have built something with your own hands (or your parents do), it will always be a part of you. So when it changed hands too many times and the new owners painted it pink and planted a sign in the front yard saying “Miss Piggy’s Pink Palace” it was like a knife in my tiny five-year-old heart. “When I grow up”, I said, “I’m going to to buy it and fix it back to how it was.”

I wish we could have had a chance to build layers of history into it like this one has, adding a photography layer, a modern typography layer, a mid-century layer… But the dream is still alive. I will always be a sucker for a loft, rough wood paneling, a hand-thrown pot dripping with glaze, wildflowers tucked here and there.

cabin growing up michigan up

I remember sleeping in the loft and playing with finger paints there. And LOTS of snow. Good memories.

you do? you have a much better memory than i do!