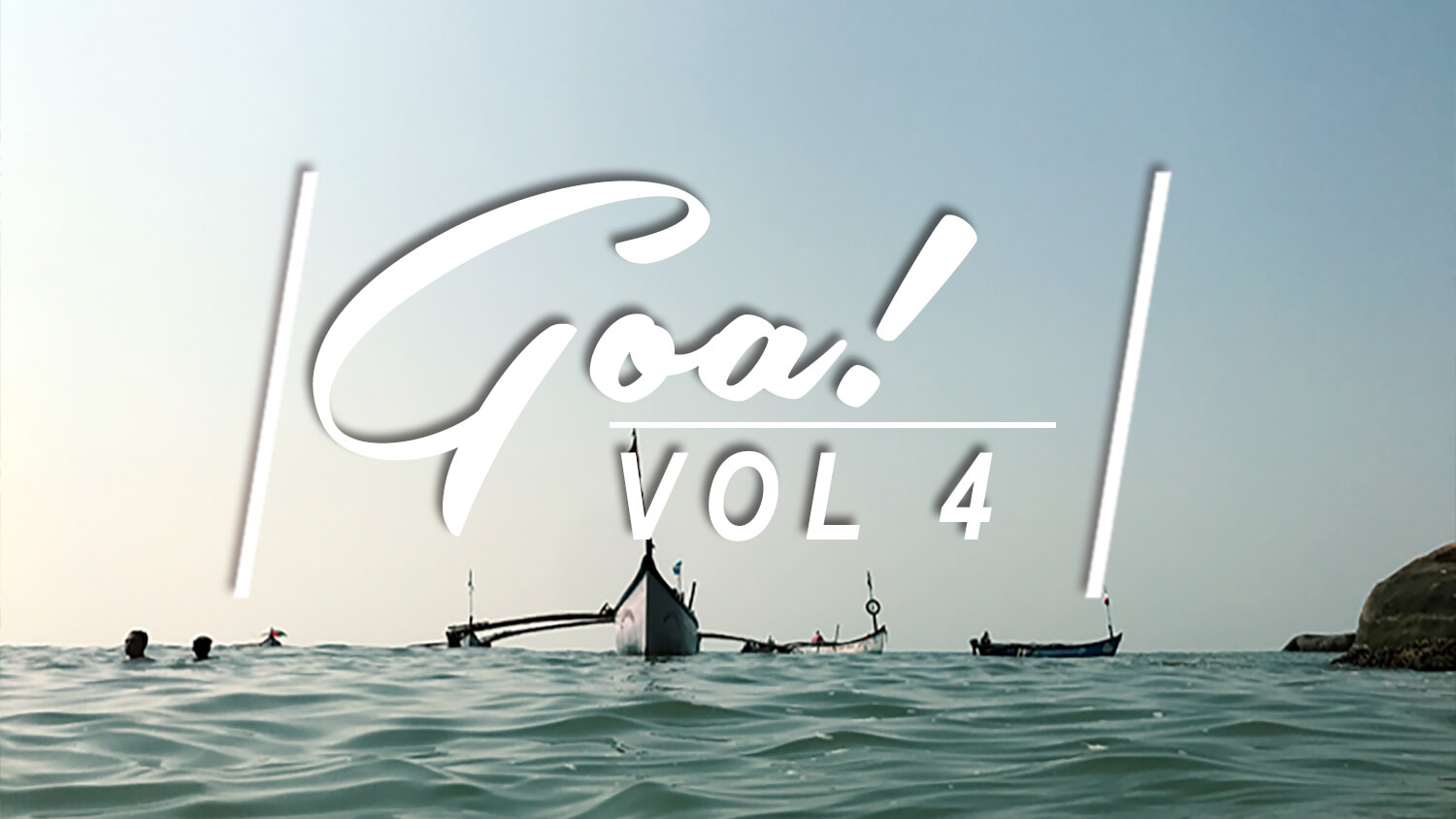 A brief note if you’re thinking of going to Goa: You will read a lot of advice that says you should take the bus from Panjim to south Goa, not a taxi, because a taxi is too expensive. But it is important to know that these buses are not luxury by any means and buying a ticket on one does not guarantee you a seat. We opted for a taxi for comfort, privacy, and air conditioning and I’m happy we did. Even though the drive was typically harrowing, we both fell asleep and, in the end, it cost us only about $30 US which is the same or less than a bus ride of that distance would have cost in the states. Worth it!

Once in Palolem, we carried our luggage down the beach to Ciaran’s a collection of cottages, some facing the beach, and some grouped around a lush, man-made pond. 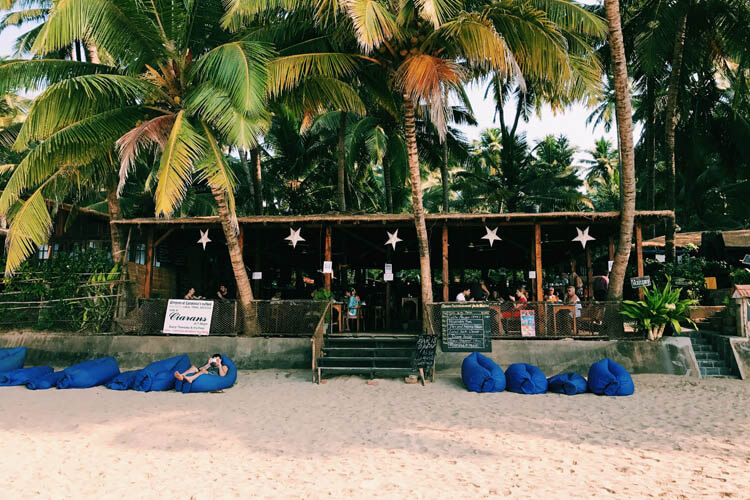 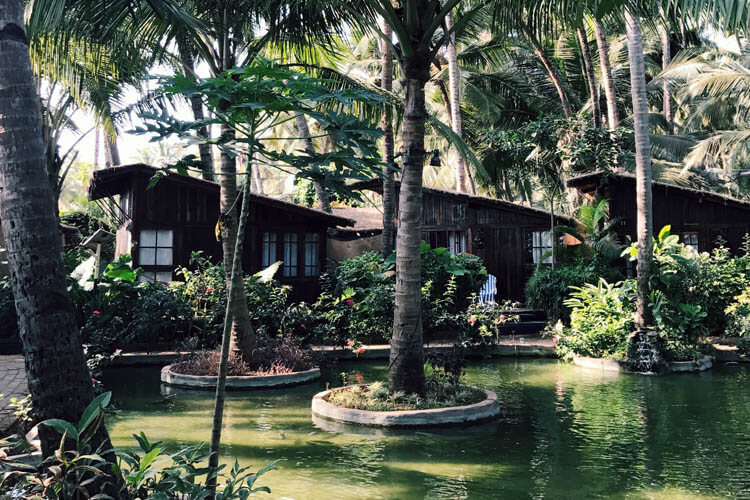 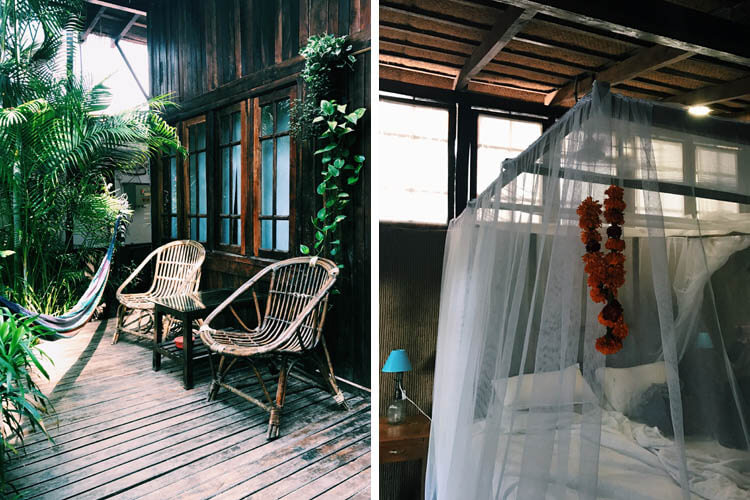 I will admit that it’s was Ciaran’s professional website which reeled me in.  And as is often true, the care which a business takes with its website is a reflection of how they run their business in general and Ciaran’s was no exception.  The cottages were clean and simply but beautifully furnished, the food and drinks were fresh and delicious and the staff was entirely helpful and charming!

This was our view from breakfast every morning: 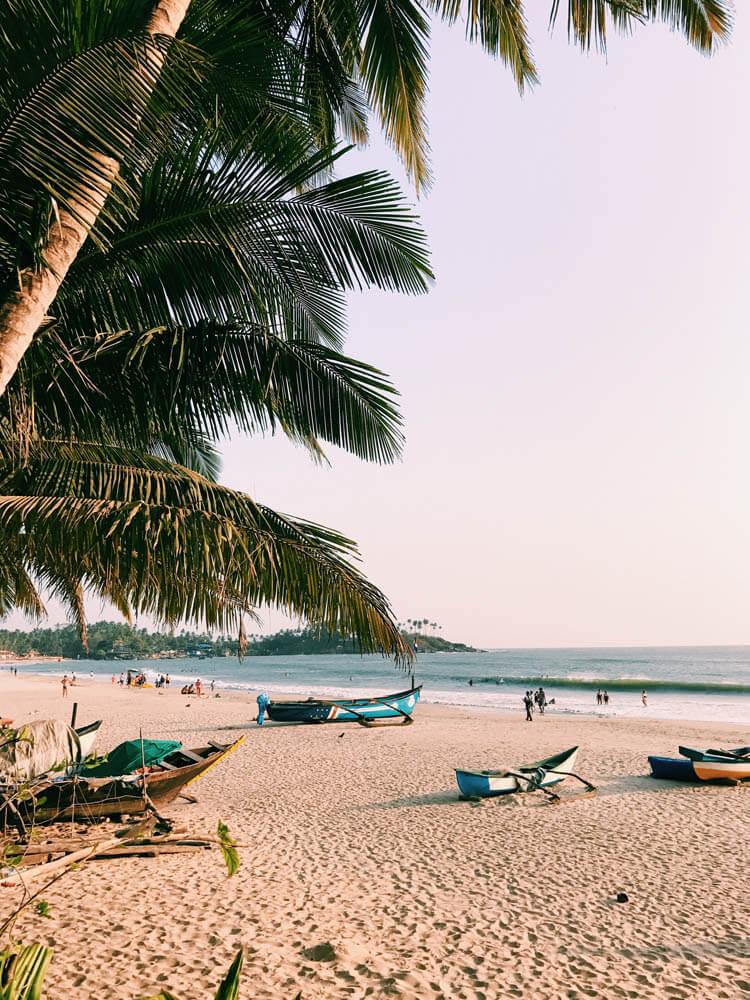 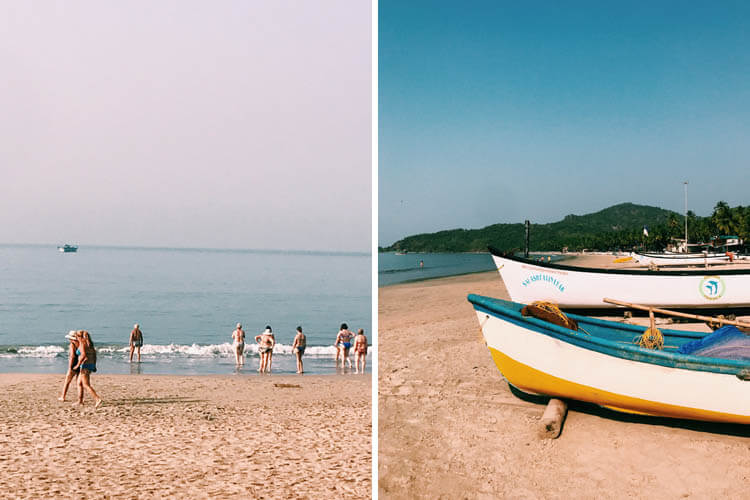 Traditional fishing boats still go out into the waters for fish every day, and we enjoyed some of the fruits of the sea every evening!  But some of these boats also take tourists out to spot dolphins or visit isolated beaches. 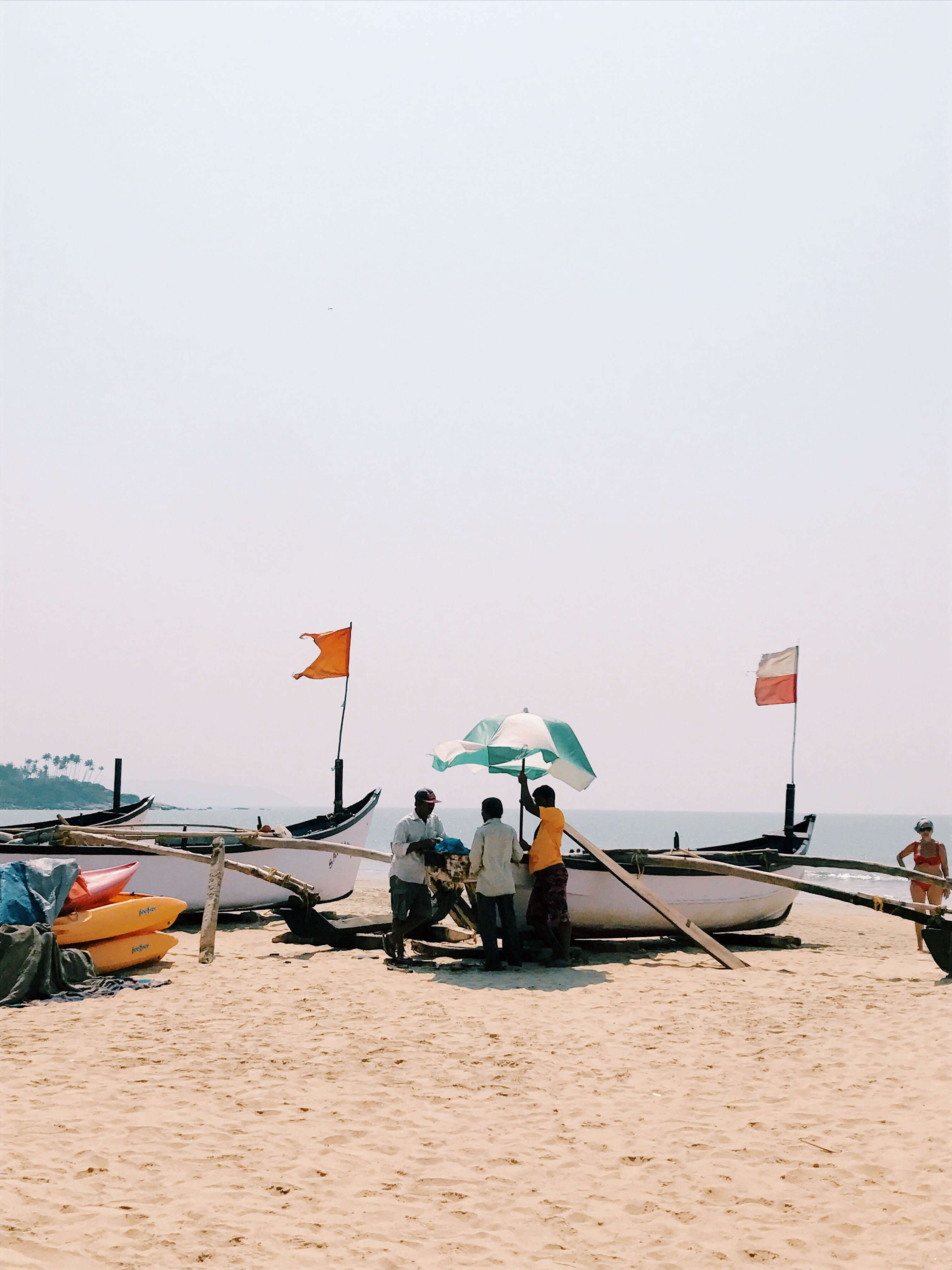 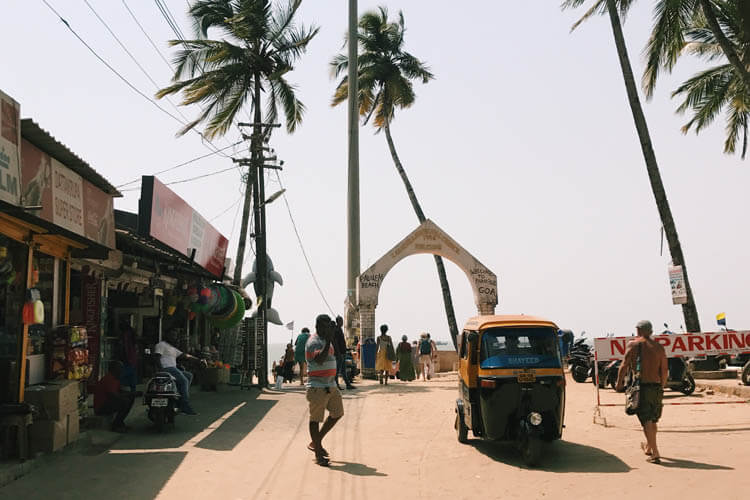 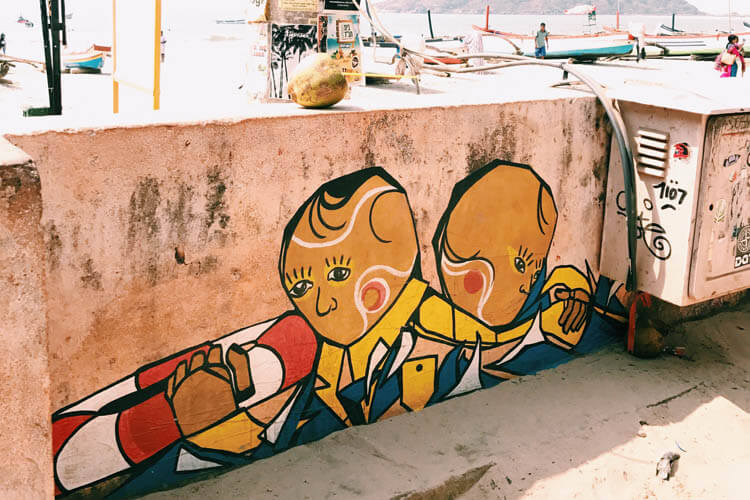 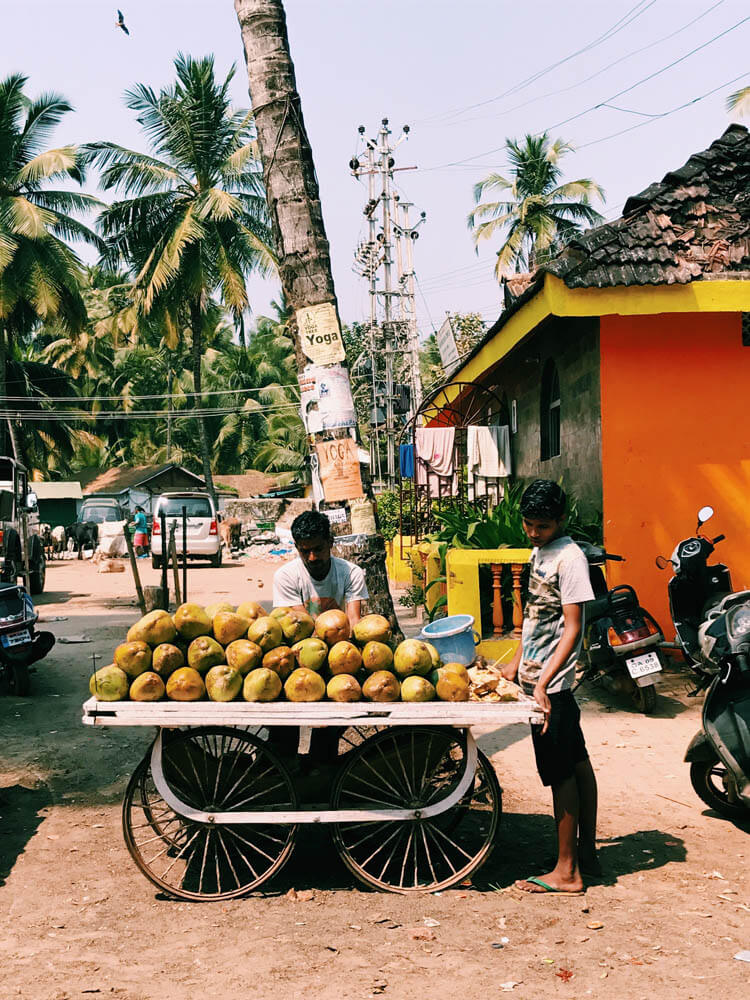 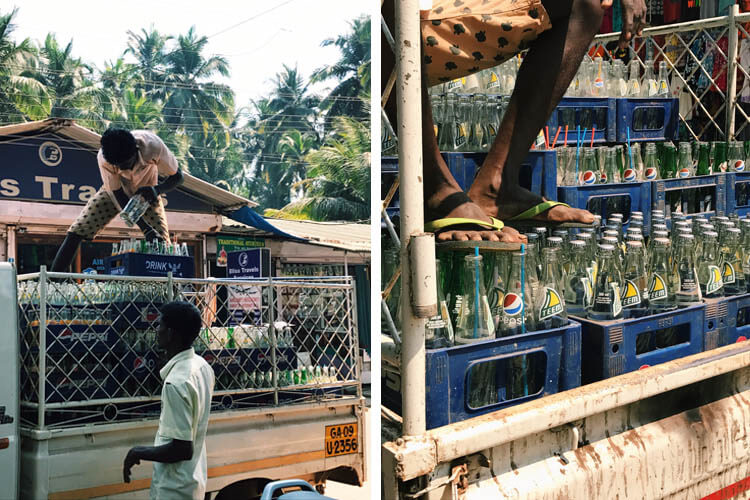 We did most of our shopping in Palolem.  Both sides of the road were filled with shops selling everything from t-shirts to leather goods to tapestries to jewelry. Some were definitely more touristy but there were a few gems which had authentic, hand made goods. We especially loved the leather shop and ended up going back for some pieces later. 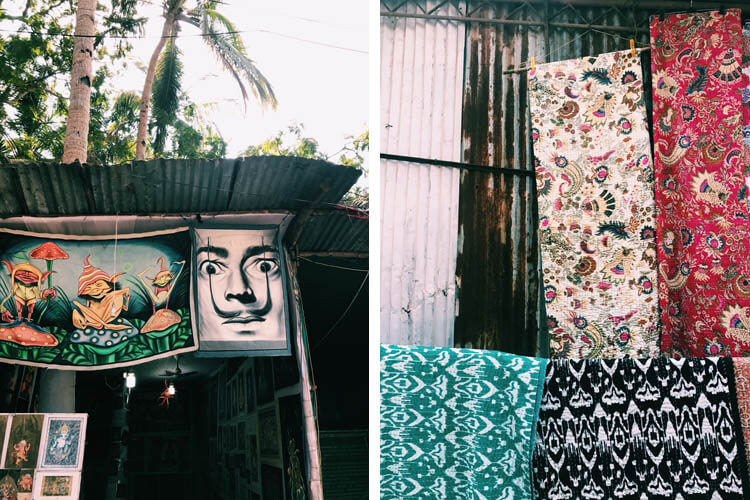 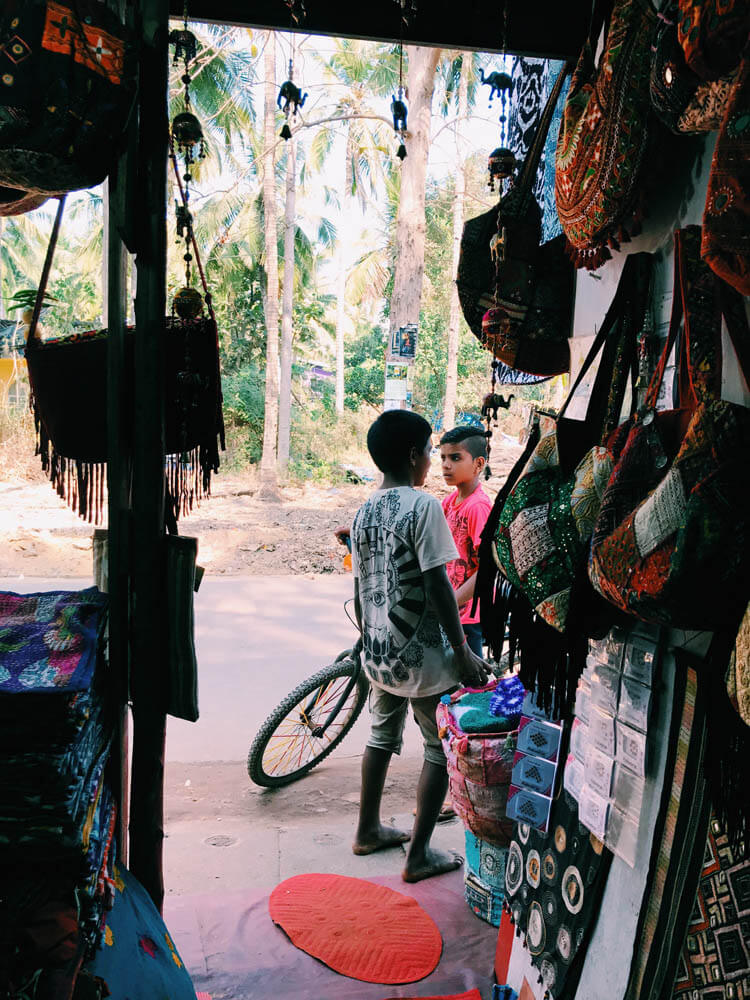 I’ve hesitated to share a photo of my “haul”– it seems braggy– but here it is. Honestly, I hadn’t expected to find much to buy in India– I’m not into a lot of knickknacks– but it was straight up like going to Anthropologie, you guys!  Except at a fraction of the cost. 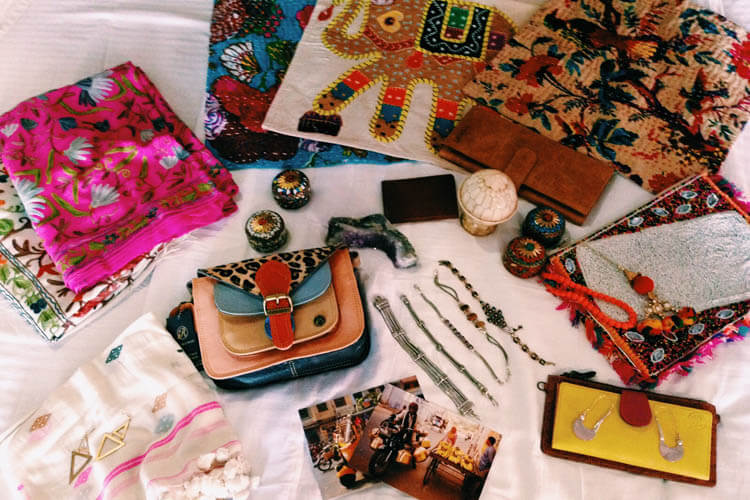 One day, we took one of the touring boats out and we saw dolphins leaping in the sea and bald eagles soaring above the mountains.  We also stopped at a beach which is inaccessible from land because of the dense jungle and the driver waited for us while we took a short swim.  It was a fantastic experience and I’m glad we got a chance to do it! 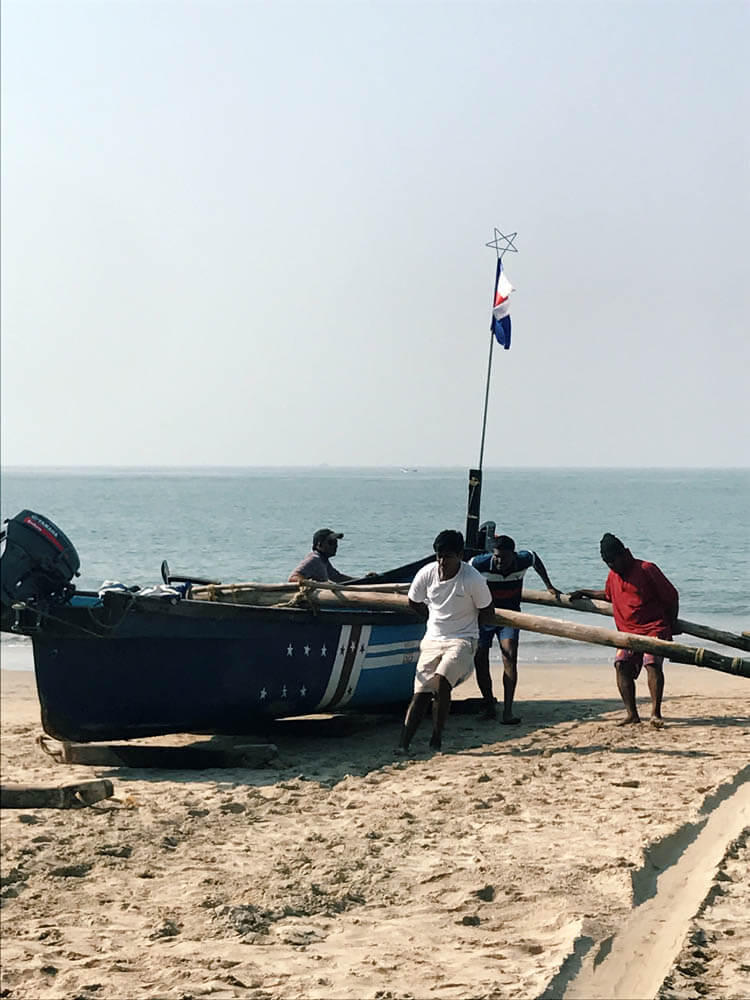 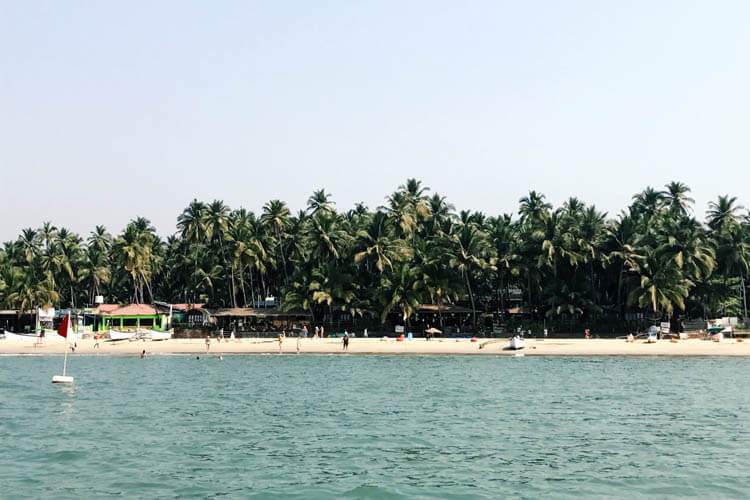 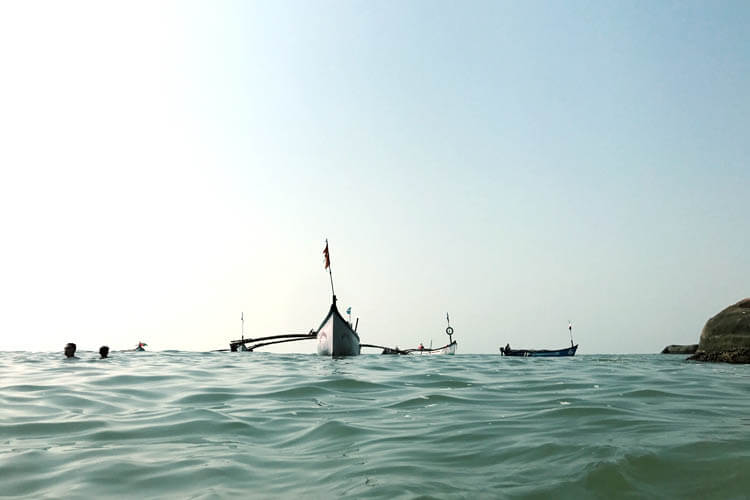 In researching Goa, the hardest part was deciding which beaches to go to.  Every traveler has their favorite and its naturally based on the kind of atmosphere which they prefer.  I had chosen Palolem because I had heard it was less developed than others but we had always intended to use it as a jumping off point to explore other beaches.  So one day we took an auto rickshaw, or tuk-tuk, to a beach half an hour north, Agonda Beach, which had been enthusiastically recommended to us by a friend-of-a-friend who had been there just the week before. 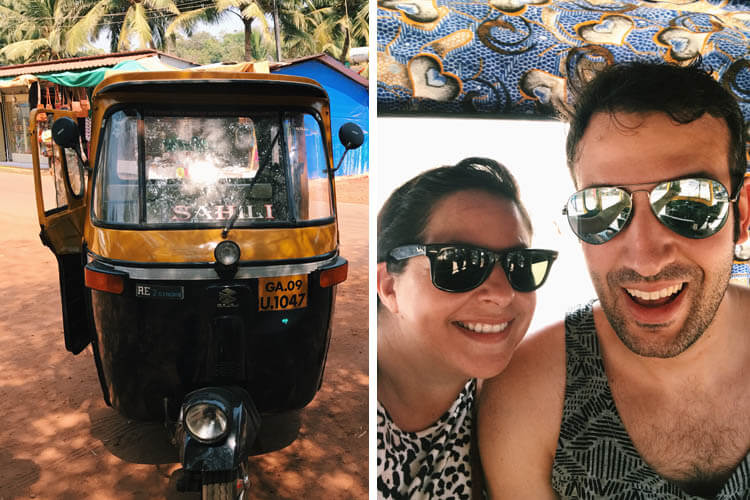 Agonda beach, while just as built up as Palolem, was longer and had more natural elements.  We spent the day finding shells and sea creatures and swimming in the waves.  As with other beaches, this one had stray dogs but these seemed a bit wilder.  At one point, a whole pack bolted for the jungle in pursuit of some poor creature. 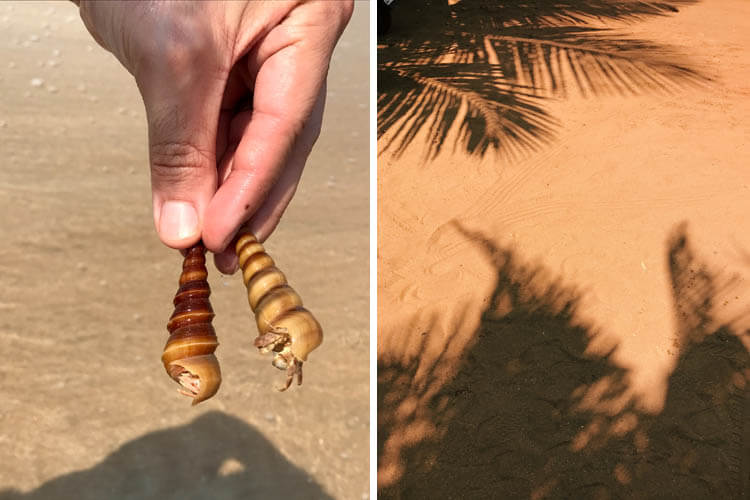 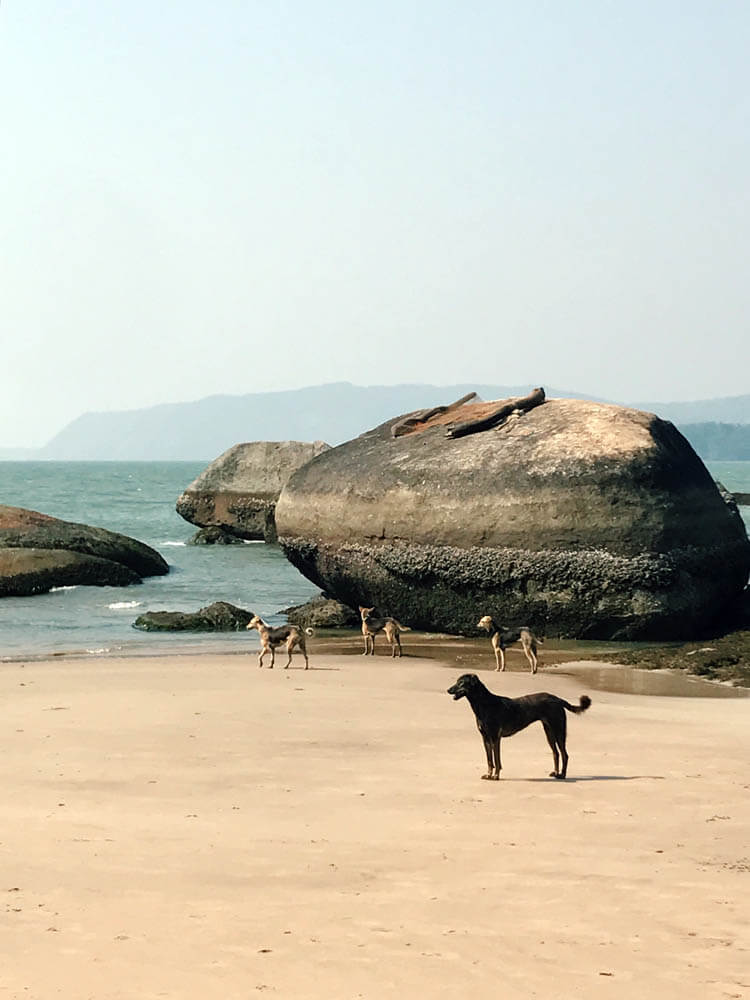 We both agree that we could have spent a full week more in south Goa, and we may go back next year if we can manage it!  We closed out our trip south– as everyone should– with this gorgeous sunset, the faint laughter of children, the sound of the waves, and a cool pina colada. 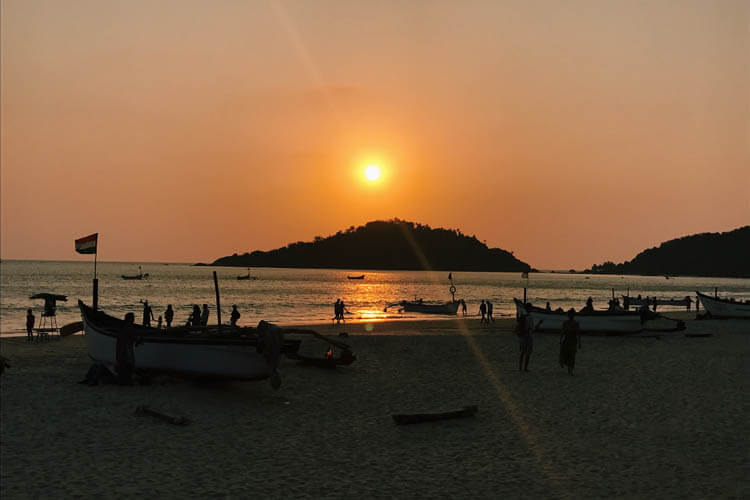 All posts about Goa:

Wonderful pictures again! And finally one of you! You look just the same!