Happy summer time!  I hope everyone is making every effort to enjoy these few short month of sunshine and warmth!

I’ve been doing tolerably well in keeping up with reading. Everything I Never Told You was heartbreaking but made me think about the impact of small choices and how perception can be a little bit right and a little bit wrong.

Gone Girl the movie got a lot of ink but I don’t intend to see it because I don’t think I could handle the violence.  But when I heard about the plot twist I was intrigued and (maybe this is hypocritical) I decided to read Gone Girl the book.  It was exciting and maddening at the same time.  The story kept me hooked but it also made me so sad that people can be so wrong about each other and cause such hurt.  But I suppose that’s the point. 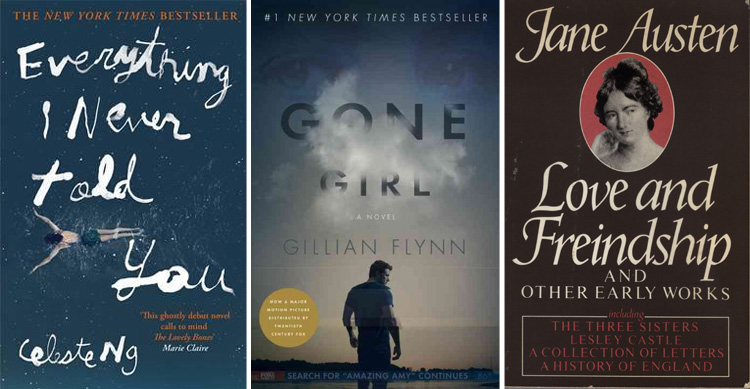 But the most exciting book I read is one for which I do not have a cover or an Amazon link yet.  My mother, Karen Dionne, has just sold the rights to her novel The Marsh King’s Daughter and allowed me to read the submitted manuscript.  Here’s the blurb:

When the notorious child abductor, “The Marsh King,” escapes from a maximum security prison in Michigan’s remote Upper Peninsula wilderness, Helena Pelletier is sure she can use the hunting and tracking skills she learned as a child to find him. After all, no one is The Marsh King’s equal when it comes to navigating the marshland—except Helena herself, his daughter.

But as Helena hunts her father to return him to prison, gradually she realizes that his escape is the first step in an elaborate scheme to kidnap her and her two young daughters. As their cat and quarry game unfolds, she must use all of her wilderness skills not only to thwart his plan, but to survive it.

I loved it!  And I’m not just saying that because she’s my mother.  Everyone, be on the look out for it to be published Summer 2017!

I’ve recently become obsessed with the podcast Stuff Mom Never Told You and have been going through their extensive back catalog.  From Where do all the bobby pins go? to Women in Punk Rock it’s the just the right kind of feminism for me.

I was also excited to hear that Malcolm Gladwell has launched a new podcast, Revisionist History, so I’m sure I’ll be getting into that.

Every season I say I’m not going to get sucked in but every season I end up sneaking a peek at The Bachelorette and getting caught up in it after all.  I’m not that interested in the whole “finding true love” thing because who would subject themselves to the terribleness of reality tv and tabloids for the slim chance that true love could actually be found among that lot.  But just watching the social interactions between the guys is fascinating.  And the first few episodes of this season gave us a truly terrible meathead to hate, Chad. His plan?

“I’m gonna have some protein shakes, keep working out, keep eating the food, and continue to do what I do. At the end of the day, I’m going to get the girl.”

As for intelligent television, I only recently got into Person of Interest.  I started watching it on Netflix and the hubby soon got interested so now we’re going through the season together.  When I started watching, it was a completed series but I hear it’s back on and to that I say 1) hooray! and 2) don’t tell me what’s happening please!

‘sigh’ I’m still working on refinishing those chairs… I’m having a problem with brush strokes that I have to work out.  Oh, but I also finally (finally!) made cold brew coffee which is as easy and as delicious as they say. I’ve also been making a lot of sangria this summer.  Here’s my recipe if you would like it.  It’s delish! 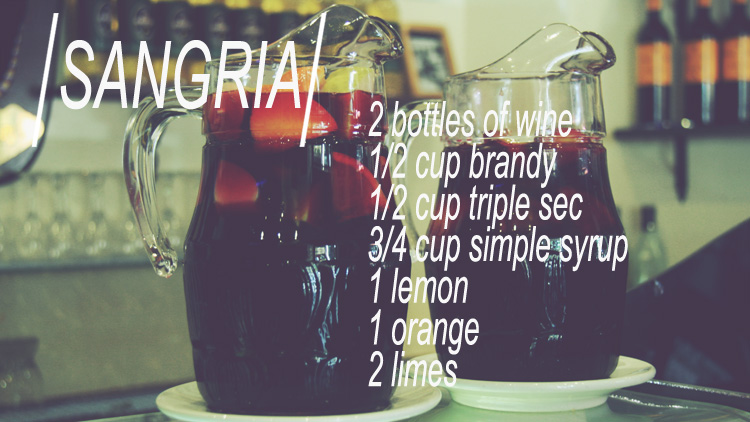 This isn’t for everyone but I’ve recently been intrigued by this adorable taxidermist, Mickey Alice Kwapis.  She sort of fell into taxidermy but has gone on to teach classes, even at Harvard.  She speaks about her work in a really honest and articulate way, including the treatment of animals and ethical specimen gathering.  If you’re not too sensitive, check out her work on her blog and Instagram. 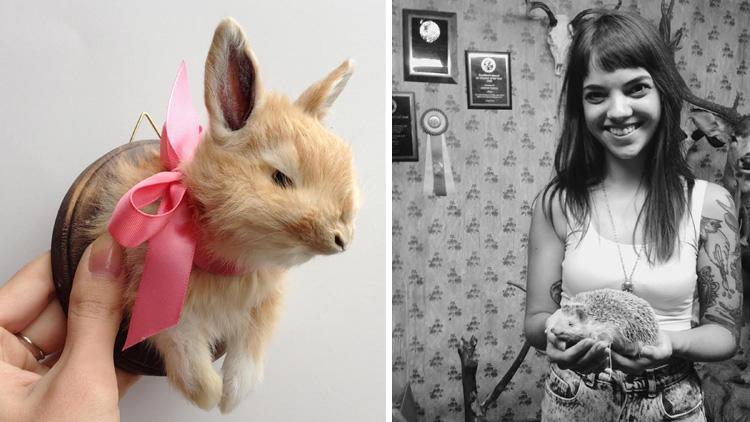 This coffee table!  I found it on Craigslist and it was a steal (but not literally).  Our old table was a mid-century laminate surfboard which was fine but we were ready for a change.  This one is definitely the focal point of the room now!  Also, it’s massive and we keep hitting our shins on it but it’s worth it. 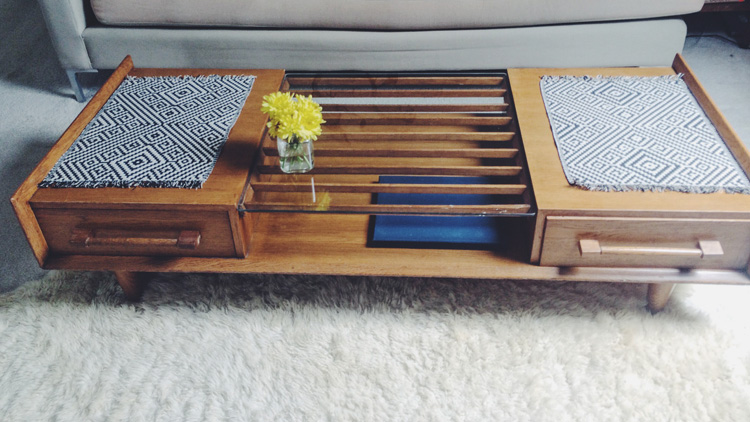 Just more summer!  A wedding, some time with friends, and a week on the Cape with family to cap it all off!

Sarah! You’re so sweet – thanks for the shout out!