In watching Diana Vreeland: The Eye Has to Travel, I was especially intrigued by this editorial shot in Japan in 1966. The shoot, by legendary photographer Richard Avedon and featuring German model Veruschka, was incredibly ambitious, involving a five-week trip to Japan and 15 trunks of clothes. In the end, it cost $1 million dollars and covered 26 pages in the October 1966 issue of Vogue

The story features a Veruschka as an adventurer/dreamer, who takes a first class train to the middle of nowhere, where she explores the glorious snow mountains in her “fabulous” furs, and eventually falls in love with a gentle Japanese giant. The story is in no way rooted in reality but represents the exotic, dreamy vision which Vreeland had for Vogue.

The first image is epic and is not done justice at this size.  To see it at larger resolution, click here.  A note: I’ve edited the images to remove the text which originally appeared in the pages of Vogue. 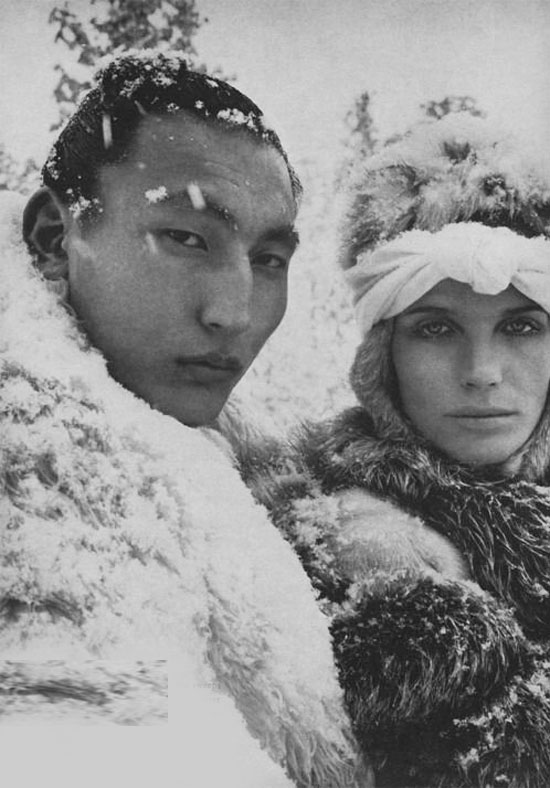 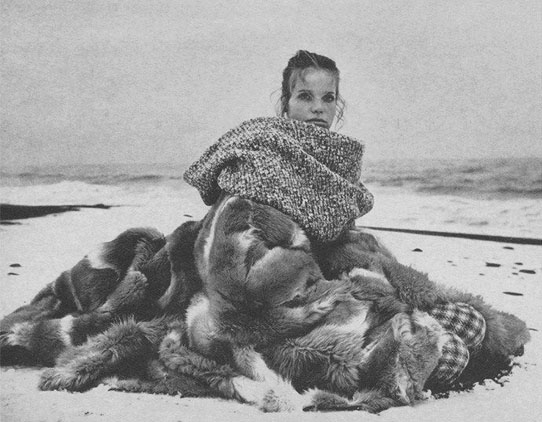 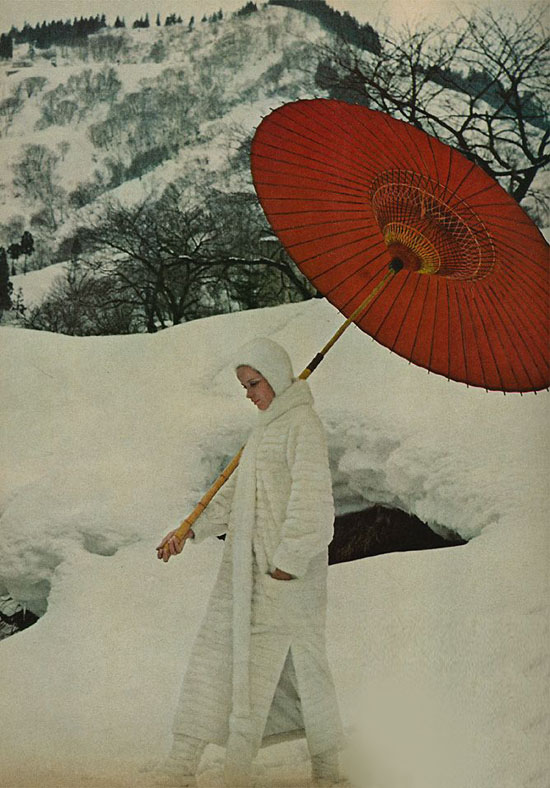 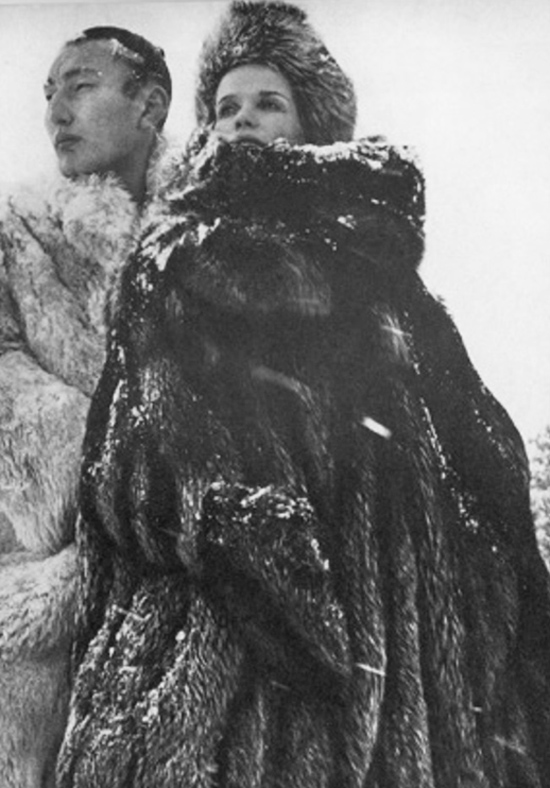 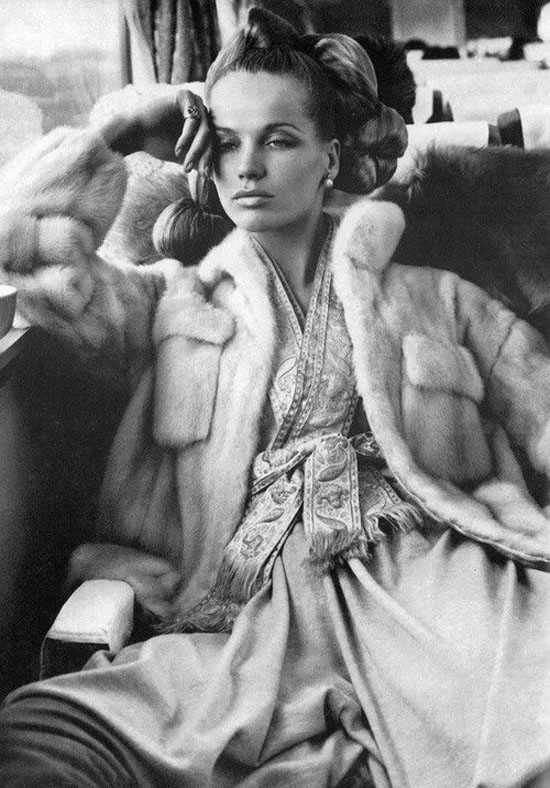 Yoko and Me: Wind Talk

Winter is the Time…